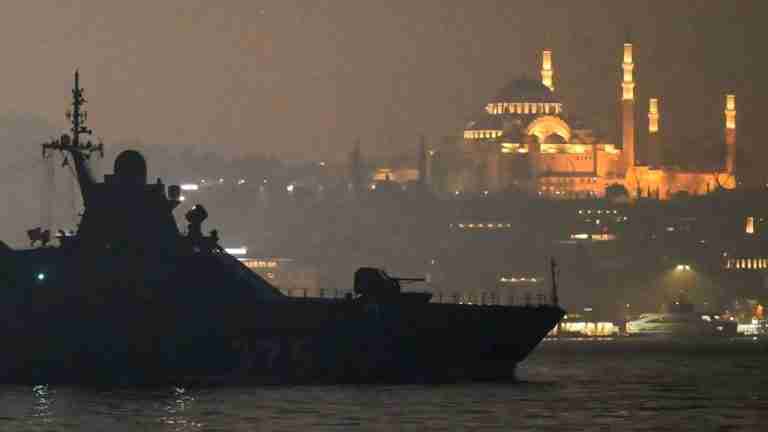 Since the beginning of Russian invasion of Ukraine on February 24th, Turkey has tried to emerge as a reliable mediator between the two Countries, hosting peace talks and adopting its own stand to the crisis, in certain cases detaching from the approach used by its Atlantic and European allies. If the historical rivalry between Turkey and Russia is common knowledge, nevertheless Turkish long-term strategic interests and security concerns in the Black Sea region are much more complex and play a decisive role in the political, security and economic equilibriums in this region.

The aim of this article is to understand which are Turkey’s interests and concerns in the Black Sea. To do so, the article will provide a brief overview of Turkish areas of influence in the Black Sea, then it will move to the Turkish-Ukrainian partnership and, finally, some conclusions will be drawn regarding the broader consequences of Russian expansionism in the Black Sea on Turkish foreign policy.

The Black Sea and its neighbouring areas have historically been disputed between the Ottoman and the Russian Empires which both aimed at extending their control over the Balkans, the Sea of Azov, the Crimean Peninsula, the Caspian Sea and the Caucasus. For centuries these areas were governed by the Turks who gradually lost their military supremacy in favour of the Russians: in this sense, the Crimean War (1856-1858) is usually considered a significant sign of the declining control of the Ottoman Empire in those lands. After the fall of the Ottoman Empire and the Second World War, the Soviet Union extended its influence over the Caucasus, Eastern Europe and the Balkans leaving Turkey in a rather weak position. It was Soviet eagerness to control the Bosporus and the Dardanelles Straits that pushed Turkey to ask for the United States’ protection and to become a member of the Atlantic Alliance in 1952.

With the end of the Cold War and the subsequent fragmentation of the Soviet Union into numerous independent States, the political and military equilibrium in the Black Sea changed again: before Russian annexation of Crimea in 2014, Turkey controlled the most extensive Exclusive Economic Zone in the Black Sea and the Straits, the necessary passage to the warmer waters of the Mediterranean. Despite holding an advantageous position, the breakout of the so-called Frozen Conflicts in Abkhazia, Ossetia, Donbass and Lugansk, as well as the involvement of external actors in the Black Sea dynamics, gradually eroded Turkish supremacy over this strategic region. Hence, it is possible to say that Turkey has two fundamental security interests: first, maintain a political equilibrium in the Black Sea and reduce the involvement of external actors that jeopardize Turkey’s role in the region; second, avoid being encircled by Russia and creating the conditions for a direct confrontation with this Country.

The partnership that Turkey has built with Ukraine addresses these strategic concerns and tries to limit Russian expansionism over territories that, according to the Neo-Ottomanism foreign policy, should, on the contrary, being under Turkish influence. On many occasions Turkey has reiterated the necessity to preserve Ukrainian sovereignty and territorial integrity and has never recognized Russian annexation of Crimea. In the last decade cooperation between Turkey and Ukraine has considerably increased, especially in the military and industrial sectors: Turkey sees Ukraine as an ally in counterbalancing Russian expansionism and Ukraine appreciates Turkish support in international institutions as well as the possibility to access NATO advanced military equipment.

Another delicate aspect that increases tensions among the littoral States and negatively contributes to their sense of insecurity are energy supplies. In fact, the Black Sea region plays a fundamental role as a transit route of gas pipelines from both Russia and the Caucasus, this way ensuring gas supply to the European States. Political disagreements over gas payments between Russia and Ukraine (which led the Kremlin to avoid making the gas transit in the Ukrainian territory) and other States’ ambitions to become transit areas for the pipelines (especially Turkey) further complicate the geo-political scenario.

Going back to the two main Turkish security concerns and adding the necessity to reduce gas dependency from Russia, in the last decades Ankara has tried to cultivate positive relations with neighbouring countries, like Georgia (also supporting its NATO accession), and other traditional allies, like Azerbaijan. Relations with Russia have known ups and down, especially given that Turkey and Russia have taken opposite sides in Syria and in Libya. After touching their lowest point in 2015-2016, diplomatic relations between these two Countries have significantly improved. On the other side, Turkey’s relations with European and Atlantic allies seemed to have become colder.

A natural bridge between the Eurasian and the African continents, Turkey can only strive and protect its interests by adopting a balanced foreign policy: its strategic and security interests involve a (highly improbable) admission in the European Union, a complicated relationship with the United States, economic and geopolitical expansionism in the Black Sea, the Caucasus and the Mediterranean (an access route to the Middle East and African continent). In fact, let’s not forget that Russia has always been focused on Crimea (where the Sebastopol naval base is located) as it provides a strategic stationing point for its naval forces from where they can access the Mediterranean and the Red Sea (as well as Syrian and Libyan ports). Thus, to avoid being surrounded by Russia in its northern and southern borders, Ankara needs a cautious foreign policy, capable to find an equilibrium between its multiple roles and interests as well as between the numerous regional and international actors involved in the Black Sea region.

Aydın A., “Europe-Russia battle in Ukraine: reflections of this struggle on political attitudes of Turkey”, The Journal of International Social Research (2016)

The think tank of the future